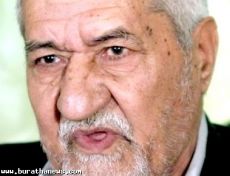 The sectarian cleansing carried out by Adnan –Al-Dulaimi Death Squads Militia continues its operations in Al-Adeel Area in Baghdad. Every day they assassinate one or more Shia and threaten Shia families to leave at the same time replace them with whoever they suite them and probably working under their command.

Yesterday a guard for a generator belong to Iraquna mobile company was killed only because of his sect and two other Shia the day before.

Resident can see cars of Adnan death squads leave from one of his guards’ houses and disappear after killing into other house under the eyes of the Iraqi Army. Adnan guards houses were so many and scattered in the whole area like spider web.

Al-Dulaimi from any retaliation attack not to protect the innocents  from that criminal militia. The police forces are not allowed to enter Al-Adeel area but only allowed its patrols on the motorway.

The residents think there is conspiracy to allow those criminals to cleanse the area from its Shia resident amid strange salience from the Defence minister and members of parliaments who have a member among them kills on the identity every day without even a simple question to him. The residents thinks their blood becomes very cheap in return for the political interests and favours.

The residents added that Adnan Al-Dulaimi houses in Al-Adeel are weapons depots and terrorists gathering as new residents who can not move to the area with the permission of Al-Dulaimi office.

The question is why  the security forces doesn’t search all those houses and why a politician has 500 guards other than ethnic cleansing?. They also created a complete network of spies to give instant information about any Shia enter this area or any house.