Mental health experts: Trump is behaving like a spoiled child, and America should expel him permanently 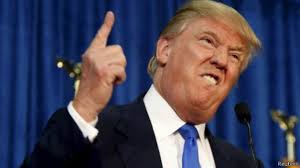 A group of mental health experts in the United States confirmed that Trump is behaving like a corrupt and spoiled child, and lying a lot with his crazy and deceptive announcements about election fraud.

"Trump lost the election but his pampered and evil psyche refuses to admit this fact. He feels embarrassed, humiliated and fearful, probably because he knows that he faces federal and state criminal charges as soon as he leaves," the American Rostory website quoted in a report on the group of experts who have not been revealed. For his position, so he desperately tries to hold on to power to save his own failure, this on himself, as well as hiding him in the Oval Office so that he can avoid imprisonment, so it is certain that Trump's despair is an admission of some kind of his mistake.

And they added, “Trump has become a thing of the past, so he must pack his bags, hide from view, and plan for his life as a civilian, and this is why he should not be given time to appear on the air during the next 50 days in order to cast his repeated lies, and his personal page on Twitter must also be suspended or canceled as it should be. To be outside our minds and outside the public consciousness ”.

And they added, “Trump is mentally disturbed just like a young child screaming and defying, and so he needs to stop indefinitely. It should be silenced. It should be removed. We must not allow him to get the attention that thrives on him, and any interest is a positive reinforcement for him and therefore the media must be prevented from his pernicious voice being heard. ”

They pointed out that "all that Trump is doing is spreading false and false conspiracy theories about the elections, none of them is true, and worse than that, he tried unsuccessfully to undermine democracy by toppling the election results, which necessitates the silence of this pitiful, desperate man."