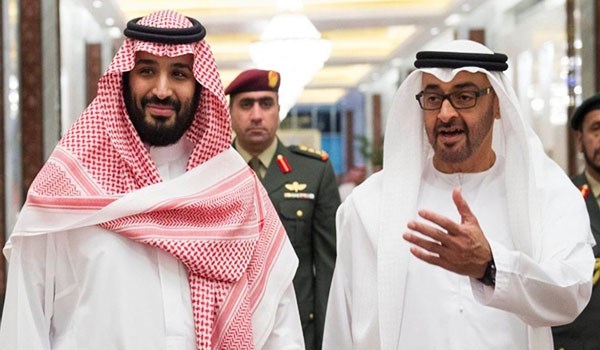 Conflicts between Riyadh and Abu Dhabi will intensify in the next few weeks as the UAE is determined to speed up implementation of its strategy to take control of Southern Yemen with all its islands and ports, media reports said on Saturday.

Yemen's state-run news agency reported that Saudi Arabia and the UAE are each trying win a larger share in Yemen and kick the other outside its zone, although the two are partners in the coalition. While Riyadh is seeking to establish control over Northern Yemen to Sana'a, Abu Dhabi supports the militants supported by the coalition in the Southern provinces.

Abu Dhabi has also accused Saudi Arabia of shooting down its aircraft in 2016 and Riyadh claims that Abu Dhabi attacks the Saudi fighter jets in Yemen's Southern regions.

The UAE is attacking the government of fugitive president Mansour Hadi which is supported by Saudi Arabia and wants to empower Ahmed Ali Saleh, the son of the former Yemeni president.

Most analysts and observers believe that conflicts between Riyadh and Abu Dhabi will intensify in the next few weeks, the Yemeni news agency underlined.

Saudi Arabia has been striking Yemen since March 2015 to restore power to fugitive President Mansour Hadi, a close ally of Riyadh. The Saudi-led aggression has so far killed at least 15,500 Yemenis, including hundreds of women and children.

Despite Riyadh's claims that it is bombing the positions of the Ansarullah fighters, Saudi bombers are flattening residential areas and civilian infrastructures.

The Saudi-led air campaign against Yemen has driven the impoverished country towards humanitarian disaster, as Saudi Arabia's deadly campaign prevented the patients from travelling abroad for treatment and blocked the entry of medicine into the war-torn country, according to several reports.

A UN panel has compiled a detailed report of civilian casualties caused by the Saudi military and its allies during their war against Yemen, saying the Riyadh-led coalition has used precision-guided munitions in its raids on civilian targets.