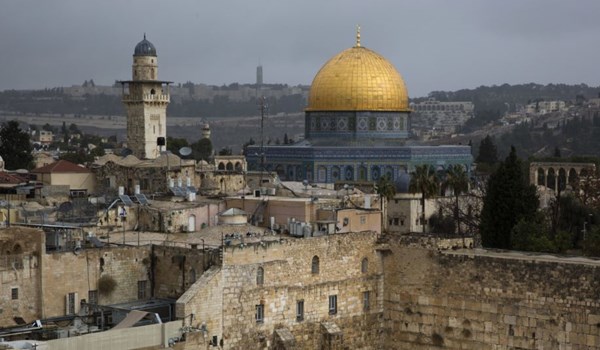 Speaking to Quds Press, Abu-Yousef stressed that any decision taken by the PLO’s Central Council “is turned to the PLO’s Executive Committee to become effective,” Middle East Monitor reported.

“There are measures to be carried out to implement the suspension of recognising Israel,” he said, noting that Israel “does not recognise” the Palestinian state.

“As long as Israel does not recognise the Palestinian state on the 1967 borders and takes measures that undermine doing this,” the PLO official stated, underlining that “we must retract recognising the occupation state [Israel].”

The senior PLO and Fatah leader reiterated that the United States “will not have any role in any future political process.”

“The Palestinian people will continue sticking to the resistance pathway, including the peaceful resistance, which has a national consensus,” Abu-Yousef stated.

On Monday, the Palestinian Central Council called on Palestine Liberation Organization (PLO) to suspend recognition of Israel in response to US President Donald Trump's decision to recognize Jerusalem al-Quds as the Tel Aviv regime's capital.

"The Palestinian Central Council has decided to freeze the recognition of Israel by the [Palestinian] state until [Israel] recognizes Palestine as a state… Palestine will freeze the Oslo accords, the provisions of which are not implemented by Israel, including about the coordination in the sphere of security," Nabil Shaath, the foreign affairs adviser of Palestinian President Mahmoud Abbas told Sputnik.

The announcement was made after Abbas said that Trump's so-called Middle East peace efforts are the "slap of the century" after his al-Quds move.

US President announced early December 2017 that Washington would be recognizing Jerusalem al-Quds as Israel’s capital, stressing that the United States would relocate the embassy in the occupied lands from Tel Aviv to Jerusalem al-Quds.

The move was hailed by Israel but condemned by the rest of the international community as one which undermines the peace talks.

The Organization of Islamic Cooperation (OIC), in a statement issued following an extraordinary summit in Turkey's Istanbul, declared East Jerusalem the capital of Palestine "under occupation" and urged the US to withdraw from the peace process and back down from its Jerusalem decision.

The United Nations General Assembly (UNGA) overwhelmingly passed a non-binding resolution condemning Trump’s decision and called on states not to move their diplomatic missions to the sacred city. The UNGA vote followed the US veto of a UN Security Council (UNSC) resolution.