Russia hopes international Syria conference would be held in September 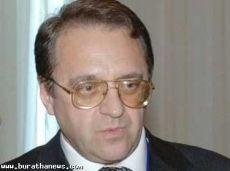 In a statement on Thursday, Bogdanov said that there is likelihood that the international conference on Syria will be held in September before a UN General Assembly session, expressing Russia's readiness to take part in the conference ''even if it is held tomorrow.''

Bogdanov regretted that the Syrian opposition did not signal the same readiness.

The Russian Foreign Minister, Sergei Lavrov and his US counterpart John Kerry agreed during their meeting in Moscow early June on convening the international conference to solve the crisis in Syria on the basis of Geneva communiqué.