Human Rights: The government is to secure its people, not organizations 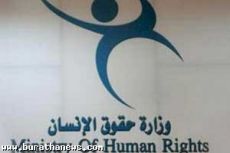 Spokesman for the Iraqi Ministry of Human Rights Kamel Amin, called on the international community to find a third country for MKO terrorist group if they refuse to return to Iran, pointing out that there is a memorandum of understanding signed between the Iraqi government and the United Nations in this regard.

The Secretary of the Iranian Fars News Agency, said the military operations targeting this camp, are at the same time affecting a number of government institutions and Iraqi civilians, pointing out "the government is undergoing unstable security situation and its efforts are geared to protect its citizens, not to protect such organizations. "

"The work of the ministry is to monitor the situation of Camp Liberty inhabited by the MEK terrorist group, noting that as soon as the information reached about the camp attack, a team went to provide services for people living in it, and report the incident."

Camp Liberty had been hit a few days ago with Katyusha rockets, killing (5) of the elements of the terrorist organization "Khalq", and about 40 others wounded.