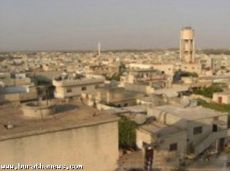 A unit of the Armed Forces restored security and stability to Tiybet al-Imam in the northern countryside of Hama after killing numbers of al-Qaeda –affiliated Jabhat al-Nusra terrorists and others from the so-called "Ahrar al-Sham Brigades" while the rest fled away.

In a statement to SANA reporter, an official source said that the army uncovered in the town tunnels which were used by the terrorists to transfer ammunition.

The source noted that the engineering units dismantled a number of explosive devices planted by the terrorists around the town and in its streets.