22Terrorists killed during the last 72 hours in Diyala 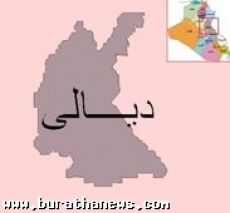 Military sources in Iraqi Fifth Brigade and police forces in Diyala province outlined that the total number of terrorists killed during the last 72 hours were 22.

A military source said today Wednesday, that four terrorists aboard a Honda car were killed in the town of Abo Saida (25 Km east of Baquba) on yesterday afternoon.

He added that another five gunmen were killed, yesterday (Tuesday) morning, in a clash with a joint force of police and multi national forces in the Al-Tahreer district in Baquba.

Another 13 terrorists were killed, last night, in two separate clashes one in new Baquba suburb and the second near Diyala education directorate.